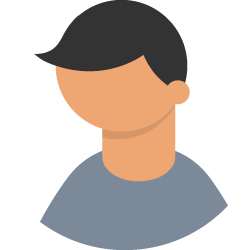 I got a great deal on a car for my son's first car. The guy that sold it to me let it go for a lot less than the car was valued, so I was able to get a little extra money out to fix it up for my son. The car had some auto body issues that I knew wouldn't be too difficult to repair, but it also needed to be painted since two of the panels were from a different color car. So, how do you make a cheap car look great for your kid? Read on and get many other tips for making a cheap car a great option for your teen's first car.

Preventing The Worst Consequences When Traveling Along Deer Crossings

In many parts of the country, collisions between motor vehicles and deer are relatively common. Over 500,000 deer-vehicle collisions happen in the United States every year, according to the Insurance Information Institute. The problem is not confined to rural roads but has become a frequent occurrence in many urban areas where plenty of green space is available. Significant damage can occur to the vehicle, which must be brought to an auto repair shop for service.

Deer tend to be most active around dawn and in the evening between 6 and 9 p.m. Nevertheless, they can appear without warning at any time. When it's dark outside, using the high beams whenever appropriate is important. You must be alert and continue scanning for deer on the sides of roads where these animals are known to be frequent visitors. Sometimes their glowing eyes can be seen in the dark before the body is visible.

If a deer appears in the road, brake firmly but do not swerve to avoid the animal. Although it can be difficult to avoid the instinctive urge to swerve away, this tends to cause worse accidents than actually hitting the deer does. Drivers are more likely to lose control of the car and hit another car, or run off the road and hit a tree or rollover.

That deer probably isn't alone, as they commonly travel in pairs or groups. If you can stop soon enough to avoid hitting the deer and it runs off, move forward slowly while keeping an eye on the side of the road where the deer came from. Being very cautious will prevent a collision if another runs across the road.

Striking a deer while traveling at highway speeds usually causes extensive damage to the front end of the vehicle. Smaller cars get the worst of it, with the hood crumpling like an accordion. Often, the radiator is damaged and starts leaking. In this case, the driver cannot keep traveling because the engine will overheat.

Getting the Vehicle Repaired

If you have comprehensive automotive coverage, your insurance company should pay for repairs once the deductible has been fulfilled. If the vehicle is declared a total loss by the insurer, the company pays you for the value of the car or pickup, using a formula like fair market value or Kelley Blue Book value.

It's a good idea to talk with a local auto body shop like Downtown Garage & Auto Body so that you are informed beforehand.